Apply to the Conference on Nuclear Politics

CivAc is proud to host the Conference on Nuclear Politics, Friday – Sunday, February 19-21, 2016.  This is one of the few conferences supporting the academic work and critical insight of secondary school students. High school students may apply to present papers at the conference; middle school students are eligible to attend conference presentations (space permitting) and engage speakers.

Information on conference application, registration, schedule, and details is available.

At this time, the conference keynote presenters include: 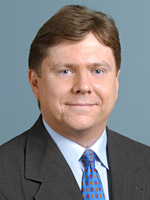 Dr. James Walsh, an expert in international security, in particular, nuclear weapons and terrorism, is a Research Associate at MIT’s Security Studies Program. He is an international securities contributor for CNN, NPR, and NBC. His commentaries have appeared in the New York Times, Washington Post, Wall Street Journal, The Economist, the New York Review of Books and numerous other publications; he has made more than 1,000 television appearances in the past decade. Recent publications include Iran and Its Neighbors: Regional Implications for U.S. Policy of a Nuclear Agreement, The Iran Project (2014) and “50 Years After Gilpatrick: Reflections on Nuclear Age,” in Reassessing the Global Nuclear Order – Past, Present, and Future (2015). Before his position at MIT, he was the Executive Director of the Managing the Atom project at Harvard University’s John F. Kennedy School of Government.

Elin O’Hara Slavick, Distinguished Term Professor of Art and Director of Graduate Studies of Studio Practice, University of North Carolina – Chapel Hill, has featured cyanotypes and photograms of atomic contaminated matter and radiated artifacts from Hiroshima in her interdisciplinary work. Her book, After Hiroshima, is an effort to utilize imaging techniques to visualize radiation and its effects and ethically engage bomb damage and blast radiation. James Elkins, art historian and critic at the School of the Art Institute of Chicago, described her work as a “sharp, sad, and beautiful project…remarkably complex.” Her work is supported by the Carolina Asia Center; it has been featured in the Los Angeles Times, New York Times, and San Francisco Chronicle, among other publications. She is currently completing photographic research in Hiroshima in a fellowship sponsored by the Japan Society for the Promotion of Science and Hiroshima City University.

Welcome to Civics in Action! →